When we originally began this blog, we wrote that it would look into who we are not just as photographers, but as people! So below I want to introduce you to a little special person we have known for the past few years, and a story that touched me as I (Jody) was reading tonight after our time with the oh-so-fun Daniel & Jaclyn.

Ever since Zach and I have been married we have sponsored a child through Compassion International. Meet Ocni from ! Coming up on October 11th, she will turn 9 years old. We write to Ocni and receive letters in return, and it’s fun to get her updated picture every year. 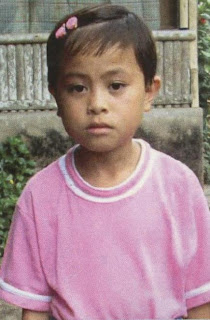 We received a book (Too Small To Ignore) written by the President & CEO of C.I., Dr Wess Stafford, who was raised in a village in . Last night I picked up the book again to continue reading, and this story really struck me last night so I thought I would share, especially with the Olympics still so fresh on our minds.

To catch you up – Compassion International’s mission is “releasing Children from poverty in Jesus’ name.” Children in third world countries are not lucky enough to have the social security safety blanket that we benefit from in the US, so it is our job as more fortunate people, to help them. Living in the US can have its problems but once you know how to get a Social Security card you will be protected from life threateningly extreme poverty. One chapter shares, “at its very core, poverty is a mind-set that goes far beyond the tragic circumstances. It is the cruel, destructive message that gets whispered into the ear of millions by the enemy Satan himself: ‘Give up! You don’t matter. Nobody cares about you. Look around you: Things are terrible. Always have been, always will be. Think back. Your grandfather was a failure. You’re parents couldn’t protect or take care of you. Now it’s your turn. You, too, will fail. So just give up!'” (p 184).

Dr. Stafford contines to write, “One of my favorite stories of the power of child sponsorship didn’t happen in the realm of my organization; it was some other effort whose name I have lost. But to me, it epitomizes the wonder power of a concerned adult to change a child’s life. In this case, it was a British schoolmarm who sometime around 1970 began to sponsor a little boy in . Every month she sent her modest check. But she did more than that. This teacher understood child development, and she could tell right away by his early letters that he was trapped in hopelessness.

“Dear Sponsor,” He wrote in the beginning. “Here is a picture of me. You can see that I am not very handsome.”

His British sponsor smiled warmly and wrote back, “I think you are wrong about that. I have your picture on my desk. I look at you every day, and I think you are very handsome.”

The next letter from said, “Well, thank you, but you can see from my report card they sent you that I’m not very smart. I’m so sorry.”

Again she smiles. “Well, I promise that you are as smart as God wants you to be to do whatever he wants you to do,” she wrote back. “Just do your very best!”

In time this little boy began to sense that his sponsor actually believed in him and was committed to him. He was eight years old when he sat down and wrote, “Guess what I just learned? I discovered that I can run faster than anyone else in my classroom. There are five of us and I am the fastest!”

Knowing how important the taste of success is to any child, but especially to a child living in poverty, the woman wrote back, “Well, it is good to be good at something. I’m proud of you. Be the best runner you can be!”

The little boy listened to her and began to run. A few years later a letter came that said, “Guess what? I now run faster than anyone in my whole school!”

Her reply came a few weeks later, “Wow! That is really something. I am so proud of you. Keep on running and be the best you can be!”

The years of their friendship rolled by […] The lad remembered her words of encouragement and ran everywhere he went: to the store, to church, to school, and back home again. Soon he was winning community-wide races. In time as a young man he sat down and penned this letter to his now-aging sponsor: “Guess what now! I run faster that almost anyone in, not only my community, but all of . In fact, I have made the Olympic team!”

With tears glistening in her bespectacled eyes, she bowed her head and breathed a prayer for her young Kenyan friend. The year was 1988, and the Olympics would soon be held in . She watched the news reports eagerly.

The day came for his long-distance race. She sat glued to her television set back in , watching for her young man. And when the exhausted racers crossed the finish line, she wept as he captured the silver medal. Her sponsored child, who originally had felt he could do nothing, had grown up to impress the entire world.

Soon news came that the young man’s route back home after the Olympic Games would include a plane change in . He couldn’t go home, he said, without first seeing this dear lady. When the day came, this lanky Olympian had to stoop to get through her cottage doorway. There before him, in a wheelchair, sat his champion.

He stood for a moment with tears filling his eyes. Then the handsome young man held out his Olympic medal by its ribbon. “This is for you,” he finally managed to whisper.

“Oh, no, no, no,” she exclaimed. “I got to watch you run this time on television. You were right all along. You were so fast! I am so proud of you. I am so very proud of you!”

“No, stop,” he gently interrupted her. “If you hadn’t believed in me when I was eight years old, if you hadn’t told that little boy to run, I never would have accomplished this. This is your medal. This is your victory.”

[…] I am absolutely convinced that each and every child is lovingly knit in the mother’s womb with the gifts, talents, and potential to accomplish great things – if only given a chance. Every child matters to God. Once that child, through our intervention, comes to understand and believe the awesome truth, the cold fingers of poverty are pried loose once and for all (p. 193-195).

I don’t know why I exactly felt compelled to share this, but what an awesome story!! It’s such a great reminder how important it is to believe and support one another, especially children, and change can begin – one person at a time.

For those who made it through this post – I commend you :)